I am a Dutch expat who emigrated to New Zealand in 1990 whilst in my mid-twenties. Little by little, I managed to get my life in the new land on track – I found work, then continued tertairy education, and eventually, would you believe it, landed myself a permanent job as a university teacher in 2002; I am still in that same job, nearly 20 years on.

My personal life took a change for the better soon after starting employment, resulting in getting married in 2004 and my DNA being passed on to our 3 children, now aged 15, 14 and 12. We were rather fortunate with the opportunities that my job provided – on 4 occasions, we spent 5-6 months in Japan on study leave. Then, in 2019, I was granted study leave to go to Wageningen, The Netherlands, for several months – our first trip as a family to my country of origin; incidentally, I still travel on a Dutch passport, so this was a genuine home-coming, not least as I graduated from Wageningen University in 1990.

But what to do with the children? They picked up a few Dutch words, but growing up in an English-speaking environment and with a Japanese Mum, the Dutch language was never cultivated. Father’s fault, for sure... On evaluating the options, I visited a primary school (‘OBS De Wereld’) in December 2017, and delighted in the opportunities for the two youngest children. But what about the highschool-aged teenager..? I first visited a secondary school in Veenendaal – some 12 km away – but it soon became clear that “Veenendaal” wasn’t going to work out if two of the kids were in Wageningen Southwest. I’d seen the “Pantarijn”, but didn’t initially click that there was an ‘international linkage class’ (my informal translation of ISK), and I had no clue what type of education it might offer.

Once I obtained some further detail, and worked my way through the Pantarijn-website, I managed to get in touch with ISK – it admittedly took a bit of digging at the time, not least as the concept of a ‘linkage school’ is not overly obvious to the outsider. So, what about “ISK Pantarijn”? The schakelklassen (“linkage classes”) seek to enhance Dutch language ability for non-Dutch speaking people, with the aim of eventually enabling the students to enrol and integrate in Dutch-language educational institutions; in other words, it is not an international school offering education in English, but instead, the focus is on integration. For us, this was a heaven-sent, as our children had extremely limited Dutch-language abilities.

Our oldest, Johan, thus, ended up being enrolled for a 3-month period at ISK Pantarijn – perhaps helped (or not?) by his Netherlands citizenship. We arrived in late August 2019 – our first visit to ISK was excitedy anticipated, and didn’t disappoint. Staff were warm and understanding, and quick to trouble-shoot and trouble-solve to ‘make things happen’. We were at ease, for sure. Johan started in early September. The focus was on the Dutch language, but physical education and some mathematics were also on offer. Still, language, language, language was key.

Johan ended up in a class with about 10 other youngsters from eastern Europe, Syria, Asia - who were grouped on the basis of their language ability. We were lucky, as our rental house was in “Wageningen Northwest”, literally 5 minutes walk away from the ISK location. I only recall stories of encouragement and fun – no days of ‘heavy hearts’ going to school. Meeting people from other cultures and making friends were the highlights for Johan, though it probably helped that he was well-traveled already at the time. Teachers were friendly, relaxed, caring and easy-going – I know, it sounds like I was paid to write this, but no.... Johan loved every minute of it, and often returned home with enthusiastic stories (and limited homework).

As we only lived minutes away from school, he often would come home from lunch, and sometimes brought some of his classmates along. Johan’s ability to speak Dutch improved rapidly, even though we were only there for about 10 weeks... Remarkable. Now, two years on, Dutch is used more in our household than before our visit to ISK. Importantly, Johan’s understanding is greatly improved, and that is of obvious benefit to reinforcing his Dutch heritage. But above all, fond memories, and rapid adjustment of our three children to school and after-school life made for a wonderful treasure trove of our time in Wageningen.

Mark Lokman is a lecturer at the University of Otago, Dunedin, New Zealand. He was born and raised in the northern province of Drenthe, The Netherlands, studied at Wageingen University between 1984-1990, and emigrated for New Zealand in 1990. 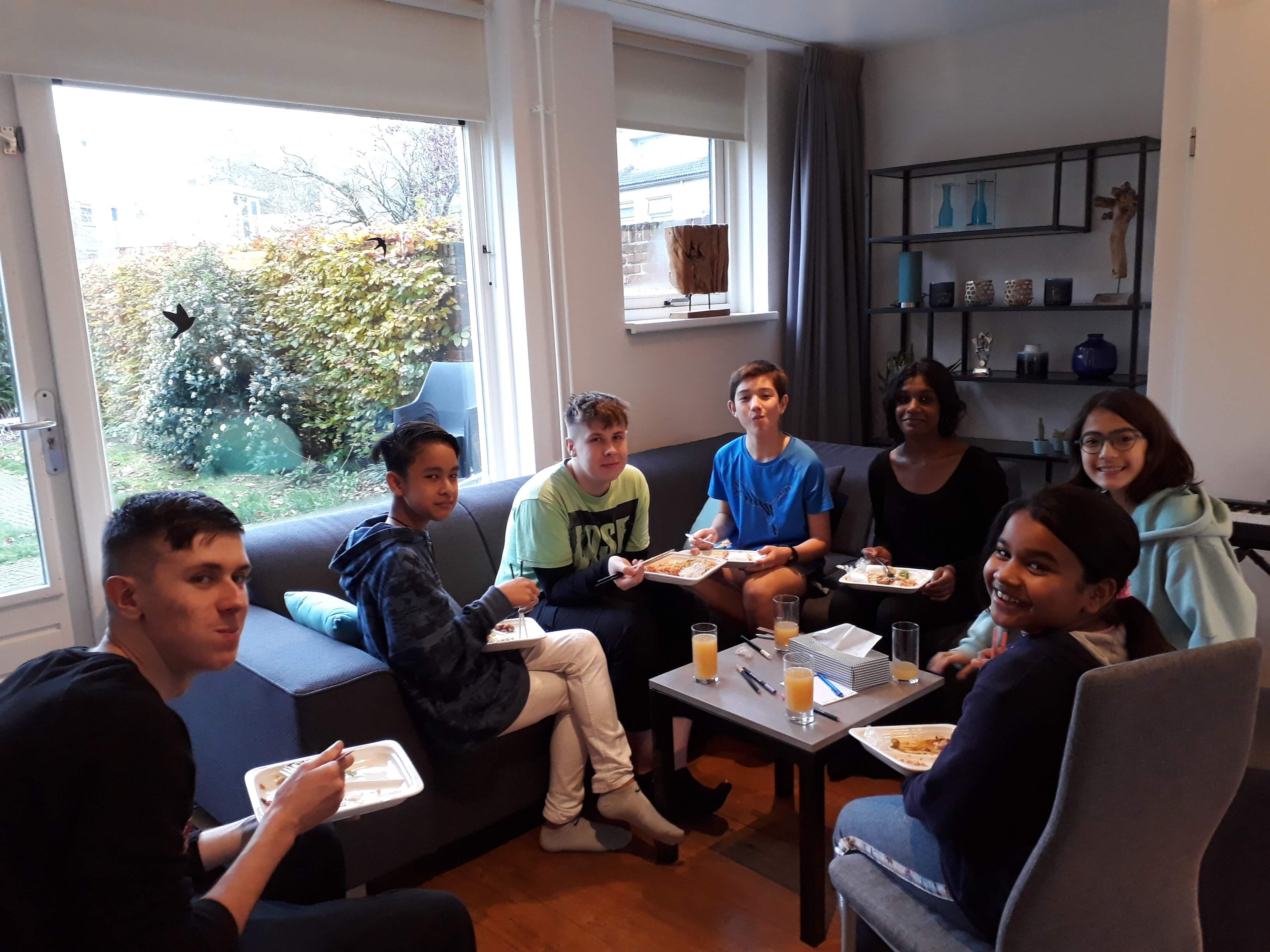